Under the Budget Control Act, most Federal programs face an across-the-board cut in January 2013 if Congress does not enact a plan before then to reduce the national debt by $1.2 trillion.

So far, we’ve heard a great deal about sequestration’s effects on Pentagon spending. The defense industry has highlighted the potential impact of an across-the-board cut on defense-related jobs and services. Some members of Congress are now demanding that we exempt the Pentagon from sequestration, either by finding offsets for the defense cuts only or by making nondefense programs bear the full brunt of the entire $1.2 trillion in cuts.

But sequestration wouldn’t apply only to defense. It would also have destructive impacts on the whole array of Federal activities that promote and protect the middle class in this country – everything from education to job training, medical research, child care, worker safety, food safety, national parks, border security and safe air travel. These essential government services directly touch every family in America, and they will be
subject to deep, arbitrary cuts under sequestration.

Some members of Congress warn that defense contracting firms will lay off employees if sequestration goes into effect. They say nothing of the tens of thousands of teachers, police officers, and other public servants in communities all across America who would also lose their jobs. A laid-off teacher is just as unemployed as a laid-off defense contractor.

In fact, the economic effects of cuts to nondefense programs could be worse than cuts to Pentagon spending. A December 2011 study found that investing $1 billion in health care or education creates significantly more jobs within the U.S. economy than spending $1 billion on the military. In health care, the difference is 54 percent more jobs; in education, 138 percent. A July 2012 study commissioned by the Aerospace Industries Association found that sequestration’s cuts to nondefense spending would reduce the U.S. gross domestic product during fiscal years 2012-21 by a greater amount ($77.3 billion) than cuts to defense spending ($72.1 billion). 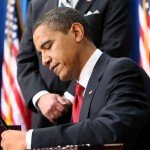