On November 14, 2012, RDLA hosted its inaugural RareVoice Awards Gala to honor and thank Members of Congress, Congressional Staff and Patient Advocates for their advocacy to ensure The Food and Drug Administration Safety and Innovation Act (FDASIA), S. 3187 included provisions that spur the development of lifesaving treatments for rare disease patients.  Abbey Meyers, Founder of the National Organization for Rare Disorders, Inc. (NORD) was honored with a lifetime achievement RareVoice Award for her work to pass the Orphan Drug Act. In her honor, the award has been named an “Abbey.”

FDASIA contained many rare diseases provisions that were championed by different Members of Congress, advocates and organizations.  In order to ensure we recognize all those who made a significant contribution, our nomination process was open to the Rare Disease Community.  Click here to read about the different rare disease provisions in FDASIA.

There are two award categories:

Thank you to our Presenting Sponsor: 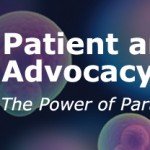