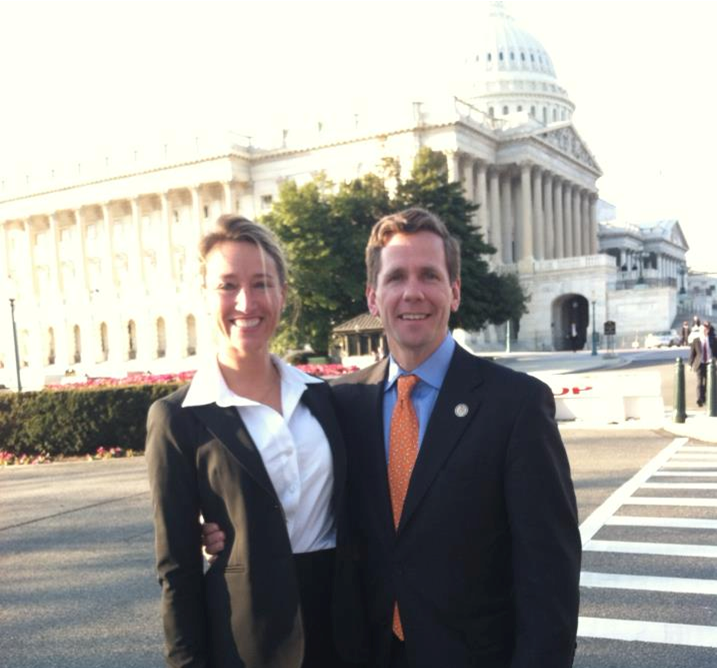 By Parent Advocate Heather Earley
pictured above with Congressman Dold

What a whirlwind! The last week of February is already but a mere blink of an eye. My in-box and to-do lists, however, are the tell-tale signs that I was incredibly busy.

I’m always amazed by the level of pure passion at rare disease events. The fighting spirits, the desire to make connections and succeed in whatever cause that empowers one’s will to make change. Everyone has an agenda, but more often than not, that agenda is the same – “to make a difference in the lives of others – especially those in the rare disease world”.

Everyone I encountered last week was on a mission either for their child, a family member, and even their lost loves. And, yet – like the glue that binds our projects in craft – also was the need to bond with each other. During the private screening for “The Fight to Live” by Barbara Kopple – tears welled up in each others eyes as we learned of triumphs and broken hearts with those suffering from rare disease and of course, lack of available treatments. It was heart wrenching to witness the loss of a human being because they were given a placebo during a clinical trial, or denied access to a medication. It was equally amazing to meet the real life individuals whose experience touched our hearts. To see their obvious desire to make change in the obvious broken health system was nothing short of inspiring.

On the day of legislative advocacy, we all met at the well-known Darlington House in Washington, DC. (I encourage anyone and everyone to visit – the food was spectacular!) There were “newbies” there, wondering what to expect and how to act on our advocacy journey. During the briefing by the Rare Disease Legislative Advocates organization, you could see a bit of timidness from those getting their appointment lists with their Senators and Congressmen – many not aware of the day unfolding before them. I’m not a seasoned expert, but having the chance to participate on four different occasions prior to this one gave me a bit more confidence and comfort to speak my mind about “my mission”. Most of us were focused on the need to discuss how rare disease affects “us” (our children, families, and rare disease communities) – but, also to voice our thoughts about the need for change on the accelerated approval process for better treatment of rare diseases.

I missed the bus. I was handing out some sheet that was needed to everyone who was leaving for their Congressmen appointments. By the time I got my own appointment folder and headed out the door, the bus had turned the corner. I took off my heels and started to run, but the traffic light was not on my side. I waved, not that anyone was looking.

A wonderful couple (of which I unfortunately have forgotten their names) were leaving for the Hill. They saw me fumbling to put my shoes on after running down the sidewalk and offered me a ride. We tried to navigate our own way at first, then realized once we had caught up to the bus – the one I missed, that we could just follow them. Which is what we did. They dropped me off and I received looks of amazement from the bus inhabitants. Then I started to walk in the wrong direction. Did I mention I was wearing heels???? For a “seasoned” advocate – I wasn’t making a very good impression.

And that’s when I met the most amazing woman. She had never participated in this type of event before, and was apparently following me (she had heard that I knew where I was going). She was a slight woman, short hair and obviously nervous about her big day. Right away she made me laugh. Once we reached the first Congressional building (Rayburn), we departed – as I was headed to the Cannon building. I learned at a later event, her husband had passed just nine months ago from a rare cancer. Her bravery and strength was very uplifting.

I met three individuals en route to the first legislative meeting – the four of us all had the same meetings – all day. We all bonded rather quickly. You could say were like the four musketeers! We each represented a different part of the rare disease process….each having our own journey, each passionate, each determined and willing to make a difference. One Musketeer was fighting for his own and other children’s lives – a fight against Batten’s Disease. I was honored and excited to meet him. I had mutual friends of his and was told he would be participating in the rare disease events. He was a fabulous presenter of the facts, and was a perfect addition to our team by helping us get our feet wet during initial discussions with legislative assistants. Second in command was a father of a son who we all knew from the movies – Simon Birch. His confident, yet smiling demeanor brought immediate comfort to each meeting. He had a way of presenting the facts with a caring and loving smile. Our third musketeer was a strong, attractive woman who was also on a mission. Her story was heart wrenching – she lost her daughter to a rare cancer. Although she was a newbie, she didn’t act like it. She held her head up high and marched to the hum of our mission, carrying with her pictures of her daughter on buttons – handing them out with a kind, yet determined approach. I really liked her.

Then there was the fourth musketeer. Me. I was already getting blisters from wearing the wrong shoes – of which, I knew better not to from the last time I was there. I always tried to be the last speaker in the group – allowing everyone else to share their stories and get the momentum of the discussions going. I wasn’t really fighting for Ian this time around. I was in fact, fighting for everyone else. My goal was to get legislators and/or their legislative assistants to see the whole picture. I wanted them to understand that no matter where we are in the rare disease process, change in how we approach all aspects of rare disease, from diagnosis to treatment needed to change.

And I needed four bandaids for my blisters. By the end of the day, with 5 appointments, 4 different buildings and miles of walking – my feet were swollen and abused. Fortunately, it was a beautiful sunny day and the company I was graced with kept me walking. By the end, I felt exhilarated. It was an amazing feat to see the four of us collaborate and work so well together. Every legislative office we visited – we seemed to have left with a positive response and in some cases agreement that change needed to occur. And despite my blisters, we smiled, laughed and made new friendships. Overall, it was a productive and successful day.

The following day, participating at the NIH was an equally thrilling event. As a representative of RARE and the Global Genes Project organization, the opportunity to meet other likeminded organizations further solidified the passion and drive behind the rare disease community. Sitting next to NORD I had the chance to collaborate on our similar mission of giving hope to those with rare disease. Sitting next to The Mitochondrial Disease Foundation provided insights to a well-established organization – fighting for their individual cause. And the highlight of my day, was meeting the Founder of LAL Solace. We had originally met on Twitter, and to see this brave woman, who lost her son Gage to Wolman disease was very inspirational to me. She was a reminder to all of us who are working towards finding cures, better research, and treatment options for individuals affected with rare disease, that we can’t give up HOPE.

I ‘m proud to be a Musketeer. I’m flattered to have been blessed to meet so many advocates. And, I’m Hopeful that our efforts will be greeted with change. Change in the lives of the rare disease community. 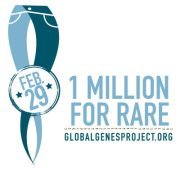 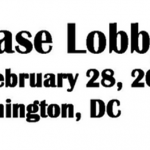 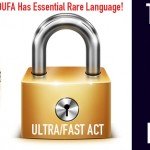 The Grassroots Movement Behind ULTRA/FAST & How you can join the Movem...
Scroll to top