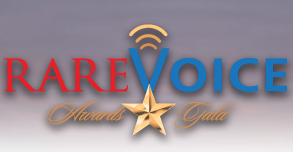 This week, we continue to introduce you to advocates nominated for RDLA’s 6th annual RareVoice Awards. The patient activists nominated in the “State Advocacy by a Patient Advocate” category worked to advance state policies that are beneficial for the rare disease community.

This week we are introducing you to the advocates nominated for RareVoice Awards in the “Federal Advocacy: Patient Advocate,” category. These individuals not only fought for legislation that helps rare disease patients, but also raised awareness about policy that impacts them within the community.

The EveryLife Foundation will provide travel stipends ranging from $400 to $1000 to enable advocates from across the country to participate in Rare Disease Week on Capitol Hill, to be held from February 25th through March 1st, 2018. The deadline to apply is December 10th.

Congress has missed the September 30 deadline to renew funding for the Children’s Health Insurance Program (CHIP). CHIP is essential for families who do not qualify for Medicaid, but struggle to afford private insurance. A majority of states will deplete their CHIP dollars by March and some by December of this year.

In this series, we will be introducing you to rare disease advocates who made an impact at the state and federal level. These passionate teens are all nominated for RareVoice awards in the “Federal or State Advocacy by a Teenager” category.

Please join the more than 230 advocates who are meeting with their federal legislators during August recess by contacting your Members of Congress. It is easy to participate remotely, and you can do it on your own timeframe!

The Senate has passed the Food and Drug Administration Reauthorization Act (FDARA), a legislative package that supplements FDA funding by requiring manufactures to pay user fees when submitting medical products for review in exchange for a timely approval process.

Join more than 300 hundred patient and physician advocacy organizations, universities, research centers and biopharmaceutical industry associations at the Rally for Medical Research on September 14th in Washington, DC to support sustained investment in the NIH.

After the narrow defeat of Affordable Care Act replacement plans in the Senate, Senators have left for August recess without voting on other proposals. Sen. Alexander (R-TN), HELP Committee Chairman, along with Sen. Murray (D-WA), Ranking Minority, must bridge the chasm between viewpoints on opposite ends of the spectrum.