Dec 8, 2016
Press Release
Bill Officially Heads to The White House to be Signed into Law

WASHINGTON, DC – Following the Senate’s passage of the 21st Century Cures Act on Wednesday by a vote of 94 to 5, the bill was sent today to Speaker Paul Ryan (R-WI) before moving to the White House for the president’s signature. The House passed the game-changing medical innovation bill on November 30, by a vote of 392 to 26. Both Speaker Ryan and Senate Pro Tempore Orrin Hatch (R-UT) officially signed the bill at this morning’s Enrollment Ceremony. 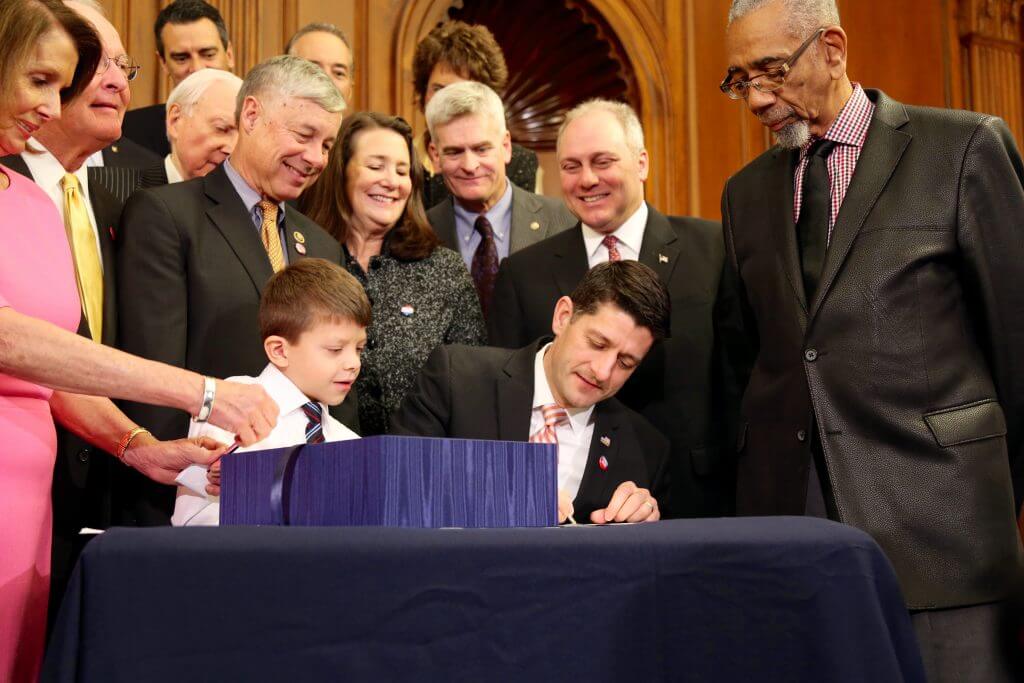 With Speaker Ryan’s signature, the bill now heads to the president’s desk.

“This effort has always been about the patients, and I’m so glad that we could have our friend, all-star Cures advocate Max with us today. Not letting rare disease hold him back, this pint-sized dynamo has been with us every step of the way on the #Path2Cures,” said Energy and Commerce Committee Chairman Fred Upton (R-MI). “We look forward to seeing President Obama make #CuresNow law next week. As Max said today, ‘Cures is more than hope, it’s action.’ Next stop, the White House!”