The “Network” created by H.R. 1591 will help reduce the length of time and number of physicians it currently takes to diagnose patients with a rare disease by creating a professional physician collaboration network and providing a means to collect and analyze information on undiagnosed cases.  Add your organization to the list of supporters by contacting Heather Long at cnhlong@att.net

The bill, HR 1591, would help individuals and military Service Members and Veterans who have unexplained symptoms and medical problems by establishing an undiagnosed diseases registry. Currently there is not a registry that helps physicians and researchers diagnose and treat those with unexplained conditions. It would also:

The bill was named after Cal Long, a Cedar Park child who recently died from an undiagnosed disease when he was only five years old.  During his life, Cal developed many unexplained medical problems such as neurological difficulties, cerebral atrophy, severe headaches, uncontrolled vomiting, and seizures.  Young Cal eventually lost the ability to walk.

Cal’s family visited several specialists and had countless tests run in the hopes of finding a diagnosis.  They were often told what the disease was not, but were never given an actual diagnosis.  As they watched their son dying, the unimaginable pain was worsened by the fact that they did not know what was killing him.  Congressman

The bill was created with collaboration from the Center for Disease Control and the National Institutes of Health. It has been co-sponsored by other members of the House of Representatives; Charles Rangel (D-NY13), Peter King (R-NY2), Michael Burgess (R-TX26), Michael McCaul (R-TX10), and Jackie Speier (D-CA14). 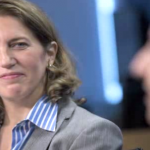