As an advocate for patients with rare diseases you are a very important part of the legislative process. You can make the difference as you are the voices your legislators and congressmen want, or in some cases do not want to hear. Please complete the form below to take action and contact your Member of Congress

After you take action your job is not done! The final step is to share the action alert with your family, friends, co-workers and any other people that might be interested in taking action on behalf of the rare disease community. 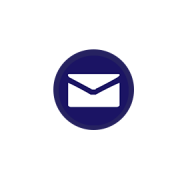 Rare New England is asking Massachusetts constituents to contact their state legislators and ask them to cosponsor “An Act To Create a Massachusetts Advisory Council”.

There is a severe deficit of awareness regarding rare diseases and their implications throughout the country, and within the Commonwealth, creating negative ramifications on rare disease patients and those caring for them. Not only is the rare disease community severely burdened by this lack of awareness and support, but often this results in harm or even death to patients.

This bill if enacted will enable a group of expert stakeholders from the rare disease community, including geneticists, genetic counselors, legislators, patients, caregivers, patient advocacy groups, school representatives, hospital administrations, industry, and more, to gather and share perspectives, and discuss opportunities to find solutions to increase quality of lives for all affected by rare disorders.

The National Foundation for Ectodermal Dysplasias asks advocates to contact their Senators and Legislators to cosponsor the Ensuring Lasting Smiles Act (ELSA), H.R. 1379/S. 560. This federal legislation will mandate that insurance and self-funded, employer-sponsored health benefit plans provide coverage for all missing and malformed body parts, including teeth and associated structures, to restore and improve function. This applies to all congenital anomalies, including ectodermal dysplasias.

The Council for Affordable Health Coverage is asking organizations to sign onto a letter to the Senate Finance Committee in support of including bipartisan legislation that removes barriers to value-based payment arrangements. The text of the letter is below. To sign your organization onto the letter, contact Sloane.salzburg@cahc.net by June 28, 2019.

The undersigned organizations write in strong support of including bipartisan legislation that removes barriers to value-based payment arrangements (VBAs), which can improve prescription drug affordability and access as part of your work to lower the costs of prescription drugs for all Americans.

As you know, our nation’s healthcare system is undergoing a monumental shift as payers move aggressively to reward value and deliver affordable, quality care to consumers. Furthermore, we are witnessing a new era in medicine with the recent approval of several transformative therapies, along with dozens more in development. Some of these products can even be administered in a single treatment, potentially providing years of benefit. Public and private payers should be provided with multiple options for coverage of these transformative therapies. Linking payment for medicine with patient-centered outcomes is a critical aspect of this continued shift to modernizing our health care system with innovative models that pay for value over volume.

Archaic laws are hindering these private sector innovations from flourishing in federal health programs such as Medicare and Medicaid. This shortchanges taxpayers and, most importantly, patients. As bipartisan leaders in health care policy, you are uniquely positioned to support changes this flawed status quo through commonsense solutions such as:

• Offering a safe harbor from the anti-kickback statute for VBAs: Enacted in 1972, the Anti-Kickback Statute (AKS) serves an important purpose in federal health programs, but its broad interpretation also has been used to prevent the adoption of VBAs. A list of exceptions – or “safe harbors” – to the statute exist, but none explicitly protect these innovative payment models from undue penalties. AKS also hinders drug manufacturers and other entities from providing physicians and patients with adherence support programs designed to improve patient health outcomes in VBAs. We support including provisions in any future VBA legislation that would palliate these arrangements from anti-kickback regulations that tie reimbursement for medications to agreed-upon patient outcomes.

• Providing an exemption for VBAs from Medicaid’s “Best Price” and Average Manufacturer Price Rules: As lawmakers know, the Medicaid best price law requires drug manufacturers to charge the Medicaid program the lowest or “best” price they negotiate with any other buyer – a figure that is also factored into a drug’s Average Manufacturer Price (AMP). While laudable in its goal of providing access to our country’s most vulnerable population, the best price law has the unintended consequence of creating artificial pricing floors that eliminate incentives for VBAs that could lower prescription drug costs even further; benefitting patient out-of-pocket costs and lowering overall system expenditures in turn saving the federal government taxpayer dollars.

The debate over prescription drug affordability is among the most biting in Washington, however, these policies represent vetted, consensus-based solutions that enjoy broad support across industry sectors and deserve swift consideration and action on Capitol Hill.

The undersigned represents a diverse cross-section of stakeholders who believe encouraging value-based arrangements in Medicare and Medicaid provides an avenue for real solutions that will improve prescription drug affordability and access.

We are eager to work with your offices on improving access to value-based arrangements for prescription drugs in the near term and urge you not to delay in this important effort.

Thank you for your careful consideration of these comments and your service to all Americans.

The Council for Affordable Health Coverage 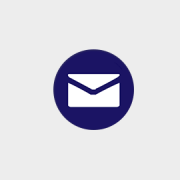 The Lymphedema Advocacy Group is asking advocates to contact their Senators and Representative to cosponsor the Lymphedema Treatment Act, S.518/H.R.1948. Primary (congenital) lymphedema is associated with over 40 rare diseases. Secondary (acquired) lymphedema results when the lymphatic system is permanently damaged and has numerous causes including surgery, trauma, radiation, and severe infections.

Currently, the compression garments and supplies that are the cornerstone of treatment and management for this chronic condition are not covered by many insurance plans. Passage of the Lymphedema Treatment Act will ensure that patients have access to their doctor prescribed medical compression supplies and are able to lead full and productive lives.

The National PKU Alliance is asking advocates to contact their Representatives to cosponsor the Medical Nutrition Equity Act.

There are currently 16,500 Americans living with Phenylketonuria (commonly known as PKU). PKU is a rare, inherited metabolic disorder that causes inadequate growth, developmental delays, intellectual disability, and behavioral disorders without treatment. The first line of therapy for PKU is medical foods. The medical foods required to treat PKU cost approximately $12,000 – $15,000 per year, which is far beyond the means of most PKU families. Unfortunately, patients often find that their insurance provider will not cover medical foods. Coverage denials force patients to seek alternative, and often costlier, treatments or go without treatment altogether.

As an advocate for patients with rare diseases you are a very important part of the legislative process. You can make the difference as you are the voices your legislators want, or in some cases do not want, but need to hear.

In February 2018, the sickle cell community celebrated with the announcement of two legislative victories in Congress. First, the U.S. House of Representatives passed H.R. 2410 on February 26, 2018, the Sickle Cell Disease Research, Surveillance, Prevention, and Treatment Act, which was introduced on May 11, 2017, by Rep. Danny Davis (D-IL). On February 28, 2018, Senator Cory Booker (D-NJ) and Senator Tim Scott (R-SC) introduced S.2465, the Senate companion bill to H.R. 2410 in the Senate. The Senate companion bill incorporated changes to include “other heritable blood disorders” in addition to sickle cell disease. The bill passed the Senate on October 11, 2018.

The bill moved back to the House for a final vote before it can become law. It’s vital that the sickle cell disease community contact their House members and ask them to “consider S.2465 for a vote this year.” The new changes to the bill requires the House to vote on it again.

S. 2465 would authorize the Secretary of Health and Human Services to conduct surveillance and collect data on the prevalence of sickle cell disease (SCD). In addition, the bill would authorize the Secretary to develop public health initiatives that support community-based organizations in education activities and to support regional and state health departments in testing to identify SCD.

● S. 2465 – Sickle Cell Disease and Other Heritable Blood Disorders Research, Surveillance, Prevention, and Treatment Act of 2018 was introduced on February 28, 2018 by Sen Tim Scott [R-SC] and cosponsored by Sen. Booker, Cory A. [D-NJ]; Sen. Jones, Doug [D-AL]; Sen. Cassidy, Bill [R-LA]; Sen. Stabenow, Debbie [D-MI]; and Sen. Warren, Elizabeth [D-MA]
● S. 2465 represents a commitment by the government to continue much-needed research geared towards increasing understanding of prevalence, distribution, outcomes, and therapies associated with SCD
○ The legislation reauthorizes SCD prevention and treatment grants awarded by the Health Resources and Service Administration (HRSA)
○ Authorizes the Centers for Disease Control and Prevention (CDC) to award SCD surveillance grants to states, academic institutions, and non-profit organizations
● It is important that the House vote on the bill this year. The ultimate goal is the passage by both Congressional houses and signed into law by the President.

The National Foundation for Ectodermal Dysplasias (NFED) asks you to write your member of Congress and ask them to co-sponsor the Ensuring Lasting Smiles Act (S.3369/H.R.6689). The Ensuring Lasting Smiles Act (also known as ELSA) will assure that individuals born with congenital anomalies receive health benefits for the medically necessary treatments they need. ELSA would require all groups and individual health care plans to covers procedures to restore or repair normal body function for any missing or abnormal body part, including teeth. It closes a loophole that allows health care plans to deny such procedures as “cosmetic”. The NFED, American Association of Oral and Maxillofacial Surgeons, American Society of Plastic Surgeons and seven organizations are supporting this bi-partisan legislation. 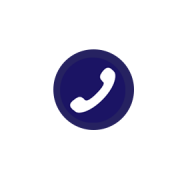 1. Sarcoma is a designated rare cancer because it represents 1% of all cancers.
2. There are between 50 – 70 sarcoma subtypes. Some researchers have even indicated possibly
Up to 100 lately.
3. Sarcomas know no age boundaries – children, young adults, older adults are diagnosed
4. It is expected that the increase in sarcoma diagnoses will continue to rise annually.
5. Sarcoma is difficult to treat and the life expectancy after diagnosis is short.
6. For example, for Leiomyosarcoma, there is a 64% survival rate of up to 5 years.
For Leiomyosarcoma, there is no immunotherapy that is working yet.
7. Since sarcoma is a rare cancer, it is important for the patient population to be
heard, and the disease better understood throughout communities.
8. No longer having a ” rare voice” in the cancer landscape can help spotlight sarcoma and its
Many subtypes – for national awareness, support, and elevated funding to accelerate treatment
options that can advance survival rates.
9. The results of this are evident in the common cancers – breast cancer especially.
10. Rare Cancer would benefit from the same level of involvement in awareness, support, funding. 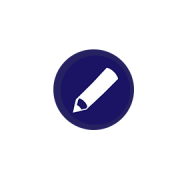 The Childhood Cancer STAR Act is designed to advance pediatric cancer research and child-focused cancer treatments, while also improving childhood cancer surveillance and providing enhanced resources for survivors. Children’s Cause Cancer Advocacy is asking advocates to write to their Members of Congress to voice their support.