On April 6th, the Senate Health, Education, Labor and Pensions (HELP) Committee held the last of three markups to discuss biomedical innovation legislation.  The legislation considered and approved in those mark-ups will be conferenced with the 21st Century Cures Act which passed the House of Representatives with broad bipartisan support last summer. In addition to approving the five bills under consideration, members of the Committee offered several amendments of particular interest to the rare disease community. END_OF_DOCUMENT_TOKEN_TO_BE_REPLACED

From the House Energy and Commerce Committee:

“Today’s meeting with Vice President Biden and Senate leaders was positive and productive. The #Path2Cures connects both the White House and U.S. Capitol, and we welcome the vice president’s enthusiastic participation in this bipartisan effort. As many patients and their families are too painfully aware, there’s not much time. But the good news is, we are more than half way there as we’ve already done the legwork in the House and the Senate is making headway on its innovation package.

“We are seeing a tremendous opportunity for Cures, with our legislative efforts coupled with the ‘moon shot’ and the administration’s Precision Medicine Initiative, there is no question that 21st Century Cures is the right vehicle to get this done. We will all continue working together – House, Senate, and White House – until we are successful in delivering #CuresNow for patients across America.”

The EveryLife Foundation is working to expand the lifesaving potential of newborn screening in California. Last month, SB 1095 was introduced by pediatrician and California State Senator Dr. Richard Pan. This bill would help eliminate the legislative delay in newborn screening and ultimately ensure that patients are treated as early as possible. Early screening plays a vital role in ensuring that rare diseases are detected and can be better treated. END_OF_DOCUMENT_TOKEN_TO_BE_REPLACED

As you may know, the House passed the Orphan Products Extension Now, Accelerating Cures & Treatments or OPEN ACT in July as part of a broader legislative package called the 21st Century Cures Act. The OPEN ACT has the potential to double the number of treatments available to rare disease patients.

Since passing the House, the bill has stalled in the Senate. Your Senator, the Honorable Bob Casey (D-PA) is a key decision-maker on this vital legislation. Please take a moment to call his office to ask that they support the bipartisan OPEN ACT, co-sponsored by Sens. Hatch (R-UT) and Klobuchar (D-MN). You can find suggested talking points below: END_OF_DOCUMENT_TOKEN_TO_BE_REPLACED

The Senate Health Committee will be turning its attention to a medical innovation bill now that it has completed the overhaul of No Child Left Behind, Chairman Lamar Alexander (R-Tenn.) said.

“No. 1, what we want to turn our attention to next is what we call our innovation bill,” Alexander said on C-SPAN’s “Newsmakers.”  The innovation bill is the Senate’s version of a measure that has already passed the House, called 21st Century Cures. The idea behind both bills is to speed up the Food and Drug Administration’s approval process for new drugs and boost funding for research at the National Institutes of Health (NIH).

The 21st Century Cures bill passed the House on a bipartisan vote in July, but since then the momentum has slowed.

Alexander had previously said that the committee would finish its work on the bill by the end of the year, but the panel has not released a bill, much less advanced it to the full Senate.

Still, Alexander noted the bipartisan support for the idea behind the measure and said the panel is moving forward.

One of the major points of contention has been deciding whether the funding increase for the NIH will be in the form of mandatory spending, meaning that it is guaranteed over a number of years and not subject to the annual appropriations process. Sen. Patty Murray (Wash.), the panel’s top Democrat, has made her support for the bill contingent on mandatory NIH funding.

Alexander reiterated on C-SPAN that he is willing to have mandatory funding but acknowledged that not all Republicans are. He also said he wants the NIH funds to be offset by cutting other mandatory spending, which could cause Democrats to balk.

“Not all my Republican colleagues are, but I’m willing to do it,” he said. “And I’m willing to do it because this is such an exciting time in science. We’re coming up with so many things to help people, and we’ve got a person like Francis Collins, who’s a genius heading the National Institutes of Health, we ought to take advantage of that.

“It affects every American, so I’m willing to do something that I normally wouldn’t do, and that’s going to be one of the toughest parts of the innovation bill that we have to decide next year.”

Read more about the Patient-Focused Impact Assessment below:

The Food and Drug Administration Safety and Innovation Act (FDASIA) and its related user fee agreement contained a number of provisions intended to strengthen the meaningful engagement of the patient and other critical voices within the medical product review process. These provisions included the strengthening of existing tools and creation of new ones needed to fill gaps, policies to allow for greater engagement of external experts in the review process and a requirement for FDA to engage in multiple stakeholder meetings on the important issue of benefit/risk assessments. While patient stakeholders strongly supported these reforms, concerns exist as to how these new tools are being used by the FDA.

To address these concerns and ensure that the FDA uses existing and future patient-focused drug development tools and authorities to the greatest extent possible, Congress should enact additional reforms through the 21st Century Cures Initiative focused on achieving this goal. The reforms should recognize the progress of recent years, including the high levels of enthusiasm and innovation among the patient stakeholder community to play a more active role in the product review process. The Patient- Focused Impact Act is bipartisan legislation sponsored by Sen. Roger Wicker and Sen. Amy Klobuchar to do just that through two provisions:

The Patient-Focused Impact Act builds upon the success in recent years to strengthen the patient voice in the medical product development process. It would enact two targeted reforms to provide greater clarity and transparency to all stakeholders and help demonstrate how the FDA is using these tools and authorities.

Taylor’s Tale, a Charlotte-based advocacy group in the fight against Batten disease and other rare diseases, spearheaded new legislation in North Carolina to create a new advisory council housed within the UNC-Chapel Hill School of Medicine to work towards finding more treatments for rare diseases.

North Carolina House Bill 823 will establish the council that will give guidance on research, diagnosis, treatment and education related to rare diseases. The council will consist of rare disease advocates including providers, researchers and patients. 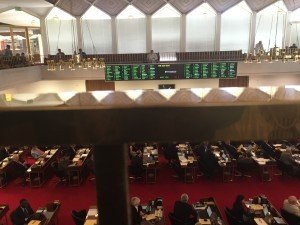 In short, the council is directed by the state to, “Advise on coordinating statewide efforts for the study of the incidence of rare diseases within the State and the status of the rare disease community.”

It can be hard to find a specialist who knows how to treat your rare disease. Disease advocacy groups, rare disease organizations and genetics clinics may help you to find one. A partnership between advocacy groups including Taylor’s Tale, academic medical centers, the National Institutes of Health and others keenly interested in the diagnosis and treatment of rare diseases can be a model for the nation as they tackle some of the most challenging diseases affecting our citizens. To learn more visit taylorstale.org

(Left) Sharon King and Representative Marilyn Avila, who was one of the bill’s main sponsors. 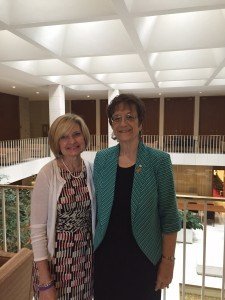 The Childhood Cancer STAR Act would improve efforts to identify and track childhood cancer incidences, improve the quality of life for childhood cancer survivors, ensure publicly accessible expanded access policies that provide hope for patients who have run out of options, and identify opportunities to expand the research of therapeutics necessary to treat the 15,780 children diagnosed with cancer in the U.S. every year.

Upon release of the legislation the sponsors made the following statements:

Rep. McCaul: “Childhood cancer patients and their families don’t have high-paid lobbyists advocating on their behalf. The Childhood Cancer STAR Act will give them a stronger voice and more resources to combat this deadly disease, which remains the leading cause of death in American children.  I am proud of the many activists in the childhood cancer community who were the drivers behind this legislation which reflects their priorities and hard work.  I am also grateful to the National Cancer Institute for assisting us with this bill which will build on and strengthen many great efforts underway in government and the private sector to improve research, treatments and care for pediatric cancer patients, survivors, and their families.”

Rep. Van Hollen: “A child is diagnosed with cancer every three minutes – and one in five children of these children do not survive. With cancer as the leading cause of death among young people in our country, we must do more.  As part of that effort, the bipartisan Childhood Cancer STAR Act will help accelerate research for pediatric cancer and improve the care for childhood cancer patients.”

Rep. Speier: “With advances in research and treatment, more and more Americans are beating their cancer, But for many children, the fight does not end with remission. With as many as two-thirds of childhood cancer survivors experiencing secondary cancers or follow-up complications, it is imperative that we have a strategy to improve their care. I’m proud to introduce the Childhood Cancer STAR Act to address this epidemic and improve the quality of life for childhood cancer survivors and their families.”

Senator Reed: “Too many young people’s lives have been cut short by cancer and we need to take action.  The Childhood Cancer STAR Act will help young cancer patients and their families get access to potentially life-saving treatments, support survivors, and move us another step closer toward our goal of ending pediatric cancer.”

Senator Capito: “This bipartisan legislation will continue the advances in research, prevention and care for our loved ones and families impacted by childhood cancer. The Childhood Cancer STAR Act gives parents and patients access to the information they need to make vital decisions about treatment and care post-treatment. This legislation will also give those who understand the unique needs of childhood cancer patients a seat at the table when decisions about cancer care are taking place.”

To read the legislative text of the Childhood Cancer STAR Act click here.

A section by section of the bill is located here.

A one-pager on the bill can be found here.