Please pull out your calendars and save the date for RDLA’s Rare Disease Week on Capitol Hill 2016! END_OF_DOCUMENT_TOKEN_TO_BE_REPLACED

Rare Disease Legislative Advocates compiled a congressional scorecard to educate advocates on how their Representative has voted on issues affecting the rare disease community.  Each Representative’s score is based on membership in the Rare Disease Congressional Caucus as well as action taken on legislation important to the rare disease community.

The most powerful tool a legislator has is their vote, but a sampling of votes and actions on bills does not always provide the full story.  The rare disease community followed many bills that are not on this list and legislators may have taken action in other ways not captured by this scorecard. Some bills progressed to laws, while others may have been halted during the legislative process or had provisions incorporated into other bills.  In addition, legislators may have worked in committee or in other ways to secure an amendment or enable a compromise.  Thus, a voting record provides crucial, fact-based insights into legislative activities, but is not intended to be a comprehensive indicator of rare disease impact.

How to Use the Scorecard:

Rare Disease Congressional Caucus Membership: The bipartisan House caucus is made up of 79 representatives. Points were also added if the representative was a Co-Chair of another rare disease caucus, such as:

H.R. 2019 – Gabriella Miller’s Kids 1st Research Act: This bill redirected funding from political conventions to the National Institutes of Health (NIH) Common Fund to support transformative research for childhood cancer, autism, fragile X syndrome and other rare pediatric diseases. This bill was voted on (12/11/13), became law, and was appropriated on 12/16/14. Members received four points for introducing the bill, three points for being an original co-sponsor and voting ‘yes’, two points for being a co-sponsor and voting ‘yes’, and one point for voting ‘yes’.

H.R. 1281 – Newborn Screening Saves Lives Re-authorization Act: Promotes expanded screening of newborns and children for heritable disorders. This bill passed the house by voice vote, so no record of individual votes was made.  Members received two points for being one of the original co-sponsors on the bill and one point for co-sponsoring the bill at a later point in time. This Bill is currently awaiting presidential signature.

H.R. 3116 – Modernizing Our Drug & Diagnostics Evaluation and Regulatory Network (MODDERN) Cures Act of 2013: The language to improve access to diagnostics and spur diagnostic innovation was included in Medicare Sustainable Growth (SGR) reform, passed by Congress earlier this year.  The dormant patent provision is designed to encourage the development of drugs to treat conditions with few or no treatment options and has gained significant support, leading to a companion bill in the Senate and potential for the provision ti be included in the broader 21st Century Cures legislation.

H.R. 460 – Patients’ Access to Treatments Act of 2013: Prohibits health insurance plans from imposing cost-sharing requirements, including co-payment and co-insurance, applicable to prescription drugs in a specialty drug tier. This bill did not pass this Congress but gained significant support from patient groups, industry and legislators. 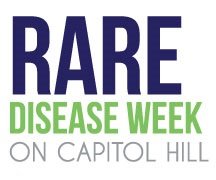 Thanks for playing your part in such a monumental week! Over the next few months we will start to see the positive outcomes of all our hard work, as rare disease legislation makes its way through The Congress.

View presentations and photos from this year’s Rare Disease Legislative Conference and all the other events below!:

All the photos taken at the Legislative Conference can be viewed here: at our Facebook page!

View videos and photos from the event below: 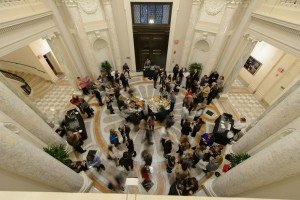 View photos from the Documentary Screening to kick off Rare Disease Week! 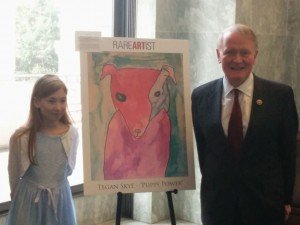 Click here to see more photos of the RareArtist event 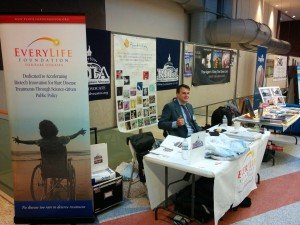 We are proud to bring together members of the rare disease community from across the country to share their unique stories, ideas, and make our collective voice heard on Capitol Hill.

The large presence of dedicated advocates helped to make this event a great success. Their enthusiasm and positive spirit helped make Rare Disease Week 2015 both productive and fun.

Help spread the word with advocates that weren’t able to make our conference by writing blog posts and testimonials, and sharing photos on social media. Also, we are pleased to have presentations and photos from this year’s conference available on our website soon, so stay tuned and stay engaged with RDLA.

Throughout the year we have opportunities for advocates to learn about the most recent Rare Disease Legislation (monthly webinars), meet with their representatives (In-District Lobby Days), and celebrate those who have raised the profile and voice of the rare disease community (RareVoice Awards).

Thank you to our sponsors: