ARENA STAGE AT THE MEAD CENTER FOR AMERICAN THEATER

METRORAIL
The Waterfront station, on the Green line, is located at Waterside Mall, 4th and M Streets, one block East of Arena Stage.

METROBUSES AND CIRCULATOR BUSES
Stops are located directly in front of the theater, and across from and slightly north of the theater entrance.

FROM ROCKVILLE
Take I-495 south into Virginia. Exit at the George Washington Memorial Parkway and follow the signs to Washington. Take I-395 North exit (14th Street Bridge). At the end of the bridge, take the right fork and exit Maine Avenue at the light. Arena Stage is three blocks ahead on the left.

FROM I-395 IN VIRGINIA
Take I-395 to Washington over the 14th Street Bridge. From this point, follow directions from Rockville (above).

FROM BALTIMORE
Take the Baltimore-Washington Parkway (I-295) south to Route 50 West. Route 50 becomes New York Avenue; take New York Avenue to I-395 South. Turn left; go through the tunnel and follow the signs to the 7th Street exit. At the light, turn left. At the third light, turn left onto Maine Avenue. Arena Stage is one block ahead on the left.

FROM BETHESDA/UPPER NW, DC
Take Massachusetts Avenue towards downtown around Sheridan Circle and Dupont Circle to 9th Street, NW. Turn right onto 9th Street. Follow 9th Street across Constitution Avenue and through the 9th Street Tunnel. Stay in the center lane in the tunnel and follow sign to Maine Avenue. Turn left at the light at Maine Avenue. Arena Stage is three blocks ahead on the left.

FROM SOUTHERN MARYLAND
Take Suitland Parkway towards Washington and cross the Frederick Douglass Bridge. After the bridge, merge to the far right lane to avoid the underpass and to get to the traffic light at M street. Turn left on M street. Arena Stage is approximately one half mile ahead on the right. 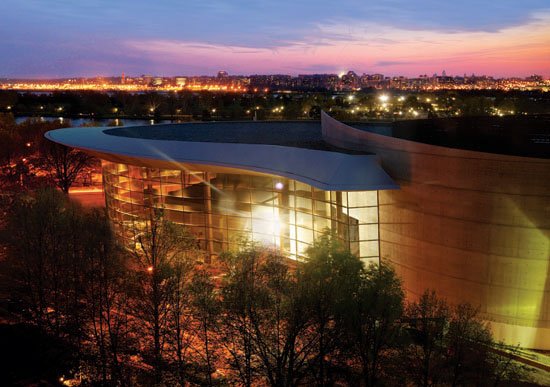